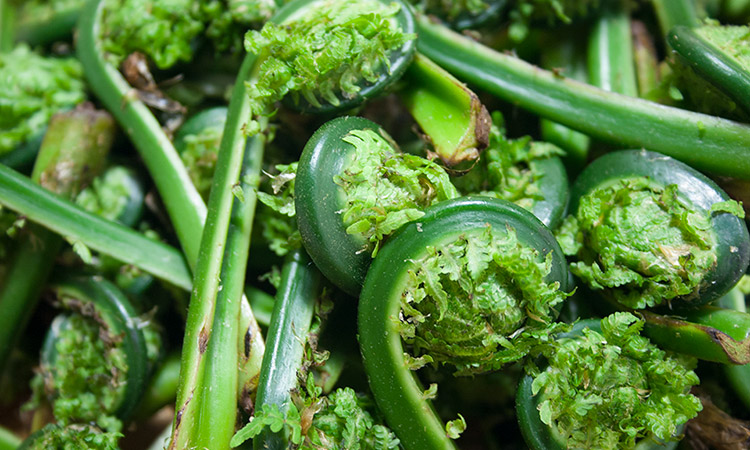 What the Japanese call kogomi is commonly known in North America as fiddlehead ferns; they can be found in many parts of Canada, New England, the Midwest and the Pacific Northwest. In Japan, kogomi are foraged from woodland areas as winter snows begin to melt. The Shinshu area that includes Nagano (where the 1998 Winter Olympics were held), supplies most of Japan’s domestic commercial markets with kogomi and other sansai (literally “mountain vegetables”) from late in February through April.

The Japanese believe that much of the culinary allure of kogomi lies in its bitterness that awakens winter-dormant taste buds and reinvigorates the metabolism, too. Fiddleheads are a powerhouse of nutrition: rich in antioxidants and bioflavonoids (the plant chemicals that help protect against disease), they are an excellent source of vitamins A and C, niacin, magnesium, iron, potassium, and phosphorus. 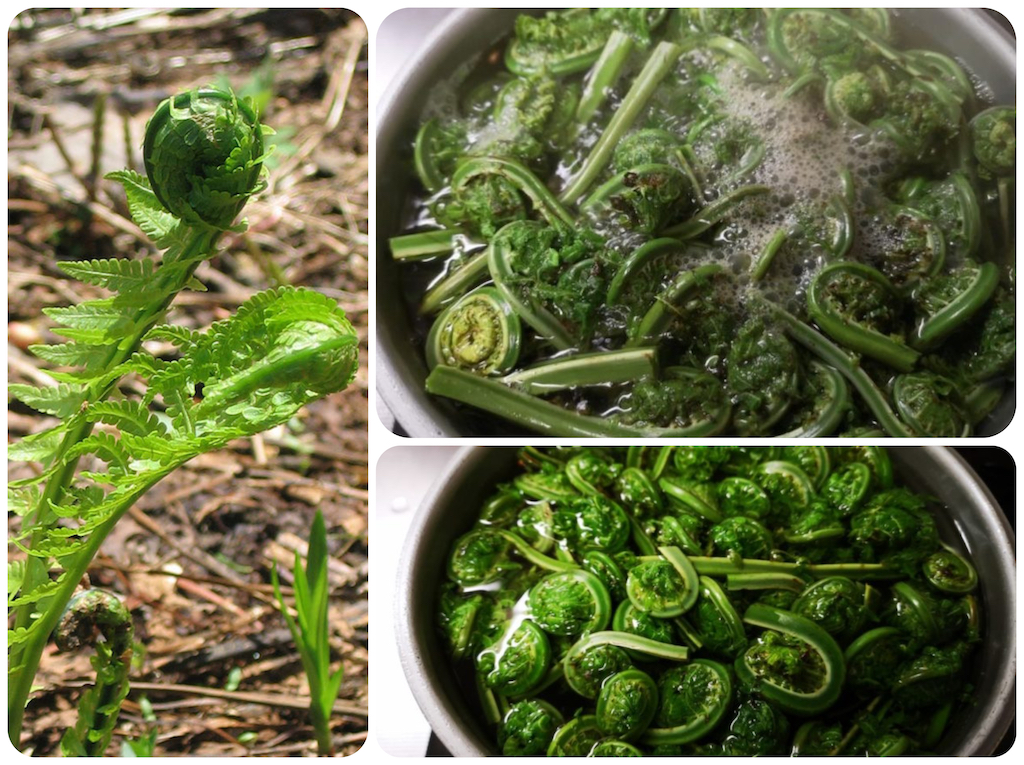 As much as the Japanese believe in the value of bitterness to stimulate palate and appetite, the expression hodo hodo (“just so much…”) also applies. And that is why many recipes will instruct the cook to perform what is called AKU NUKI, literally “bitterness removal.” When a recipe for sansai includes aku nuki it often means soaking the vegetables in an alum solution.

Alum is short for “aluminum potassium sulfate.” It was a staple in the pantries of many American households in the 19 th century where home pickling and preserving was common. The primary use of alum is to neutralize certain enzymes that occur naturally in many plants (fiddlehead ferns being one such plant). Without neutralizing the enzymes in those plants, they taste especially bitter and turn black and slimy when boiled. Alum is yaki myōban 焼みょうばん in Japanese.

If alum is difficult to source, baking soda (bicarbonate of soda) is a good alternative. Baking soda is alkaline and helps to neutralize certain acidic enzymes that typically cause a bitter taste and discoloration. Baking soda is jūsō 重曹 in Japanese. 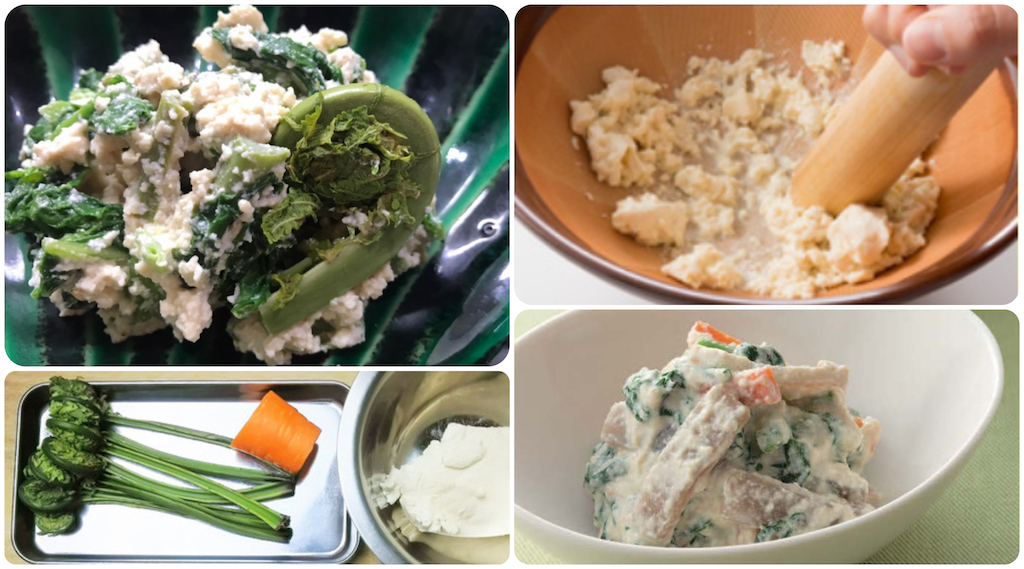 The earthy flavor of fiddleheads, tinged with a bitter edge, pairs beautifully with the classic tōfu sauce known as shira aé. Sometimes I use a suribachi and keep the sauce fairly coarse… other times I’ll use a food processor and/or sieve to make the sauce creamy smooth. When I want a bit more color in the dish, I’ll add slivers of barely boiled carrot… and when I want greater volume (but no extra calories) I’ll add briefly blanched konnyaku strips to the veggies before tossing them in the sauce.

DOWNLOAD a recipe for FIDDLEHEAD FERNS in TŌFU SAUCE 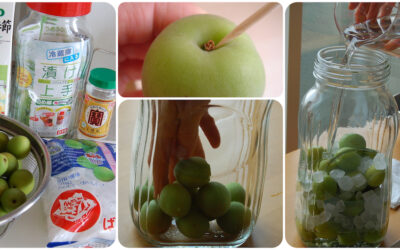 In Japan, early June is the time for UMÉ SHIGOTO (plum work), transforming the harvest of not-yet-fully-ripe fruit into a sweet liqueur (uméshu)  and/or sour, lip-puckering salt-cured uméboshi. If you are able to source green, not-fully-ripe Japanese umé plums it is... 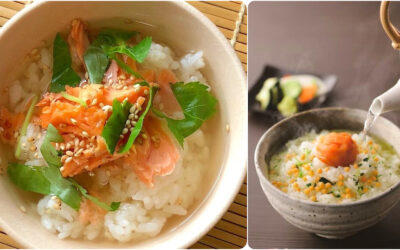 Ocha-zuké, rice moistened with green tea broth, is Japanese comfort food at its most basic – a reliable stand-by that can be quickly assembled as hunger, or the mood, dictates. A delicious way to enjoy leftover rice, ocha-zuké is a favorite, late night snack of... 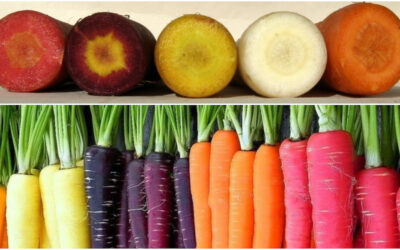 Beautiful & Nutritious The pigments that make these carrots so beautiful are also the key to their nutritional power. Orange carrots are especially rich in beta-carotene and vitamin A, both of which help to fight inflammation. Red carrots, like red tomatoes, are... 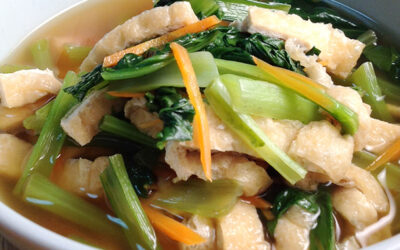