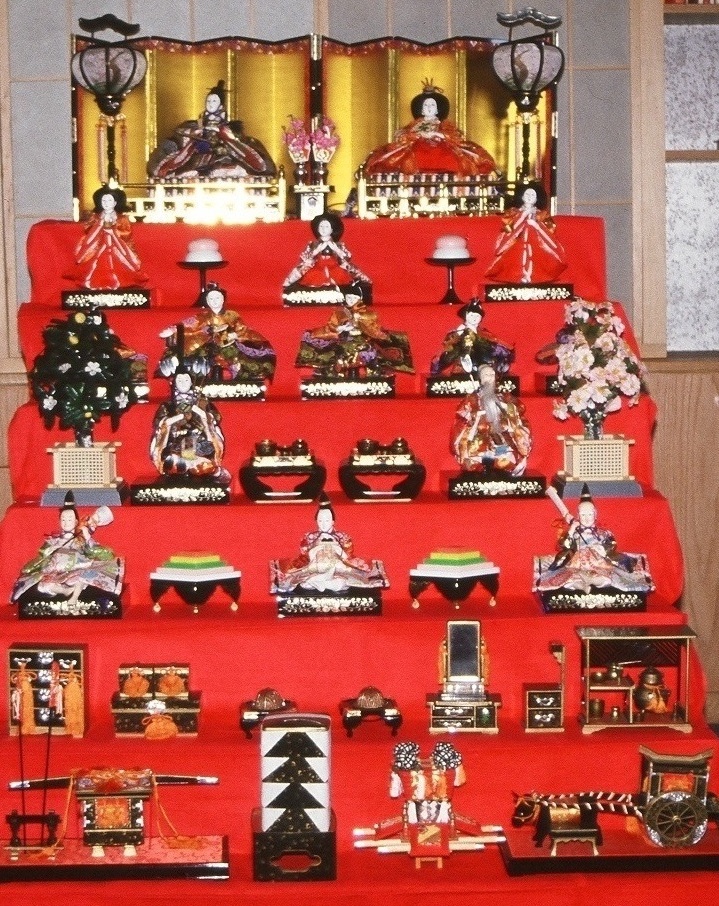 Download a chart explaining each of the dolls, and words to the song.

The third day of the third month (originally calculated by the lunar calendar) was believed to be the best time to prepare the earth for new life to grow. Farmers and villagers would make simple paper dolls to which they would “attach” their troubles and fears. They would then float the dolls down rivers beginning to swell with melted snow. By the 17th century, dolls made by townspeople were so beautifully crafted, it seemed a shame to let them float away. The thrifty-minded merchants of Edo (the former name for Tokyo) began to save the dolls, displaying them each year in lieu of sending them downstream.

The full set in the feature photo belongs to my daughter, purchased by her Obaachan (Japanese grandmother) just before her 3rd birthday. Assembling (usually in mid-February) and carefully putting away (on the evening of March 3) the set is a once-a-year labor of love — not unlike Christmas trees with their ornaments. 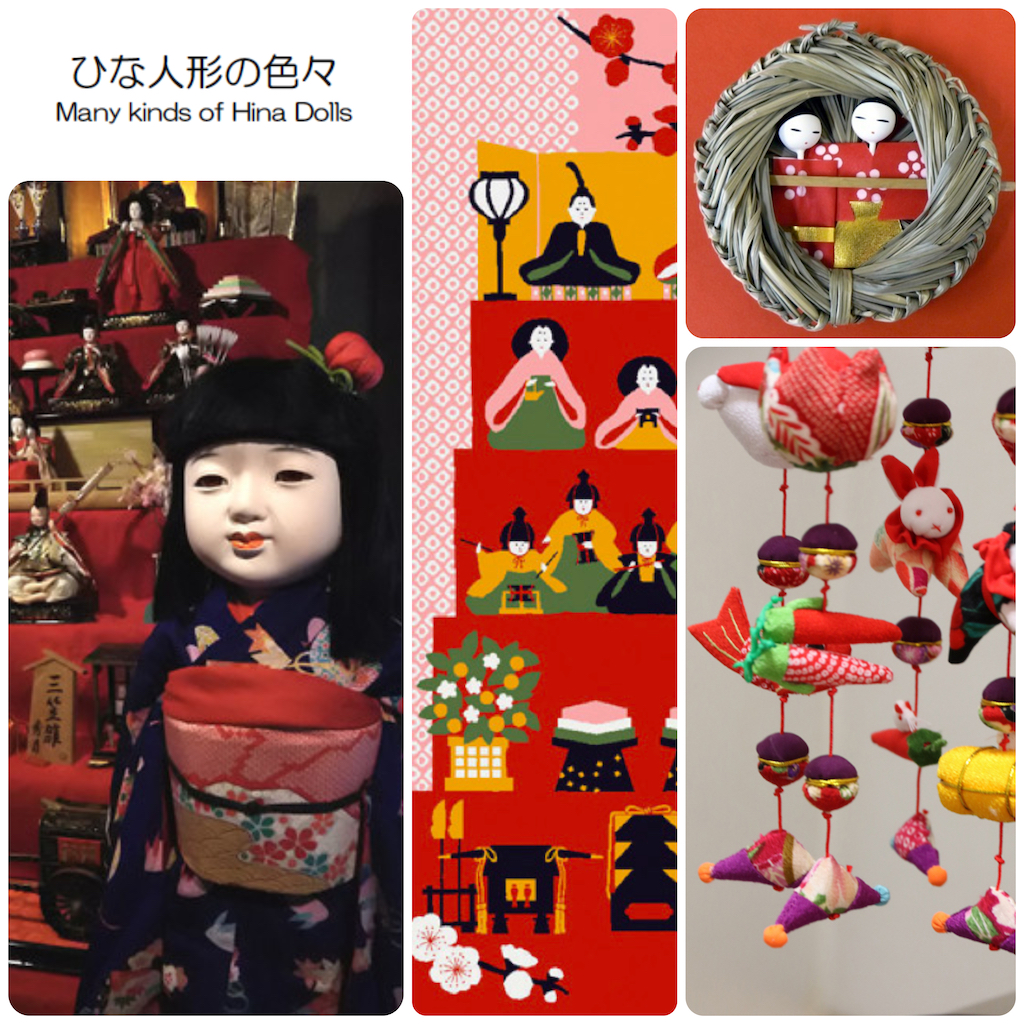 (left) Life-sized Ichimatsu Ningyō 市松人形 are displayed either on their own, or with other types of dolls in the Sanuki region of Shikoku (current-day Kagawa and parts of Eihime and Tokushima Prefectures). Obaachan (originally from Eihime) also gifted our daughter with an Ichimatsu doll.

(center) In many urban homes cramped for space, a tenugui cloth depicting a full set of dolls is hung in a prominent location in lieu of actual dolls.

END_OF_DOCUMENT_TOKEN_TO_BE_REPLACED