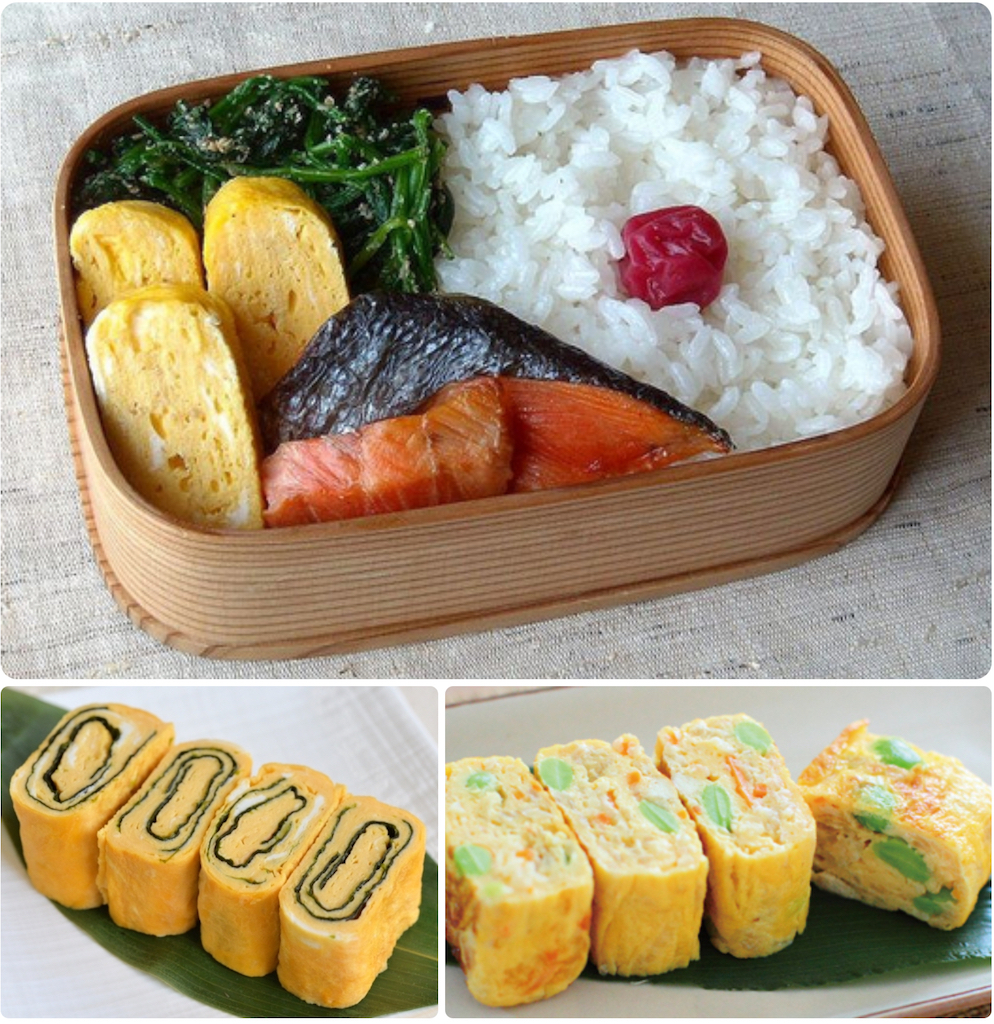 A classic in the washoku kitchen, thick, rolled omelets are made by cooking a seasoned egg mixture, layer by layer, in a pan – preferably a square or rectangular-shaped one. In and around Tokyo, the egg mixture is rather sweet and the omelet often caramelized, while in the Kansai (Kyoto, Osaka and Kobe) a pale colored, savory omelet is preferred. Throughout Japan rolled omelet is an obentō lunch favorite. Slices of rolled omelet also appear at the sushi bar where they are knick-named gyoku, or jewel (an alternate reading of the first calligraphy in the pair tama and go that means “egg”).

Fillings are often added to these rolled omelets. Sometimes a swirl pattern is created by laying an ingredient like nori flat over the second or third layer of poured egg mixture. At other times chopped vegetables or other ingredients are scattered throughout the egg mixture to create a confetti-like effect 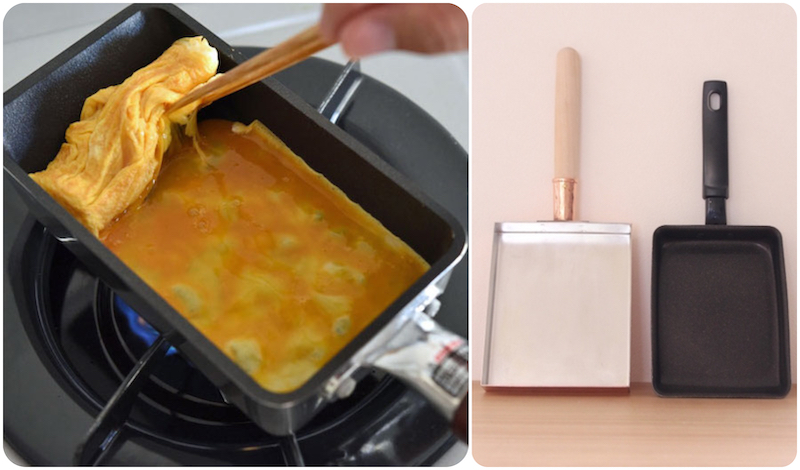 Using a square or rectangular tamago yaki nabé omelet pan makes it easier to create a neat block or log shaped omelet. Square pans are a bit more challenging to use than rectangular ones; the wider the pan, the more difficult to roll the omelet evenly. Modern non-stick surfaces are much easier to use than the traditional tin-lined copper.

END_OF_DOCUMENT_TOKEN_TO_BE_REPLACED