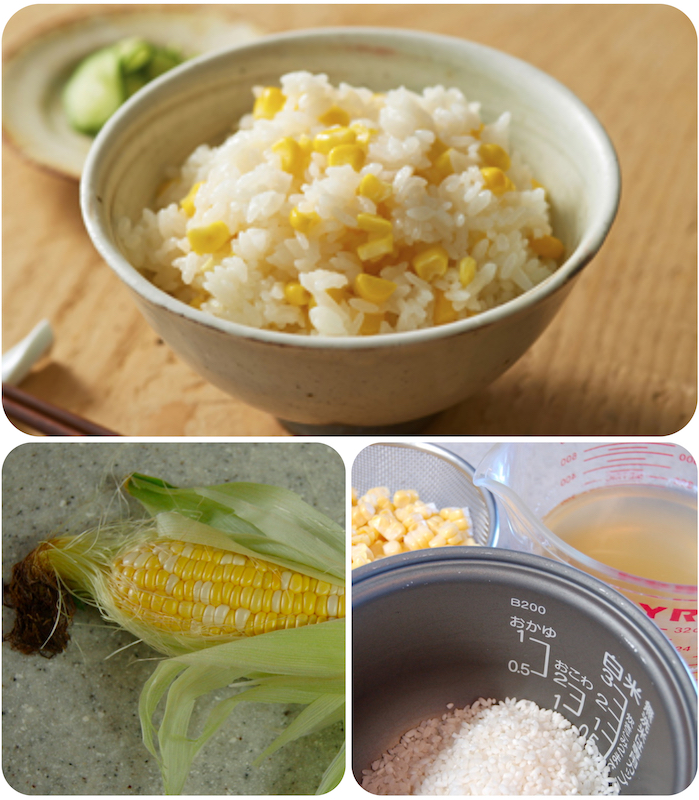 Summertime… bushels of fresh, sweet, corn at every market begging to be taken home and transformed into Tōmorokoshi Gohan: corn-studded rice. Prepared takikomi-style, rice dishes are cooked in a flavorful stock extracted from the ingredient being featured (in this case, CORN). Truly a delicious way to enjoy the seasonal bounty! Download a recipe: Corn-Studded Rice 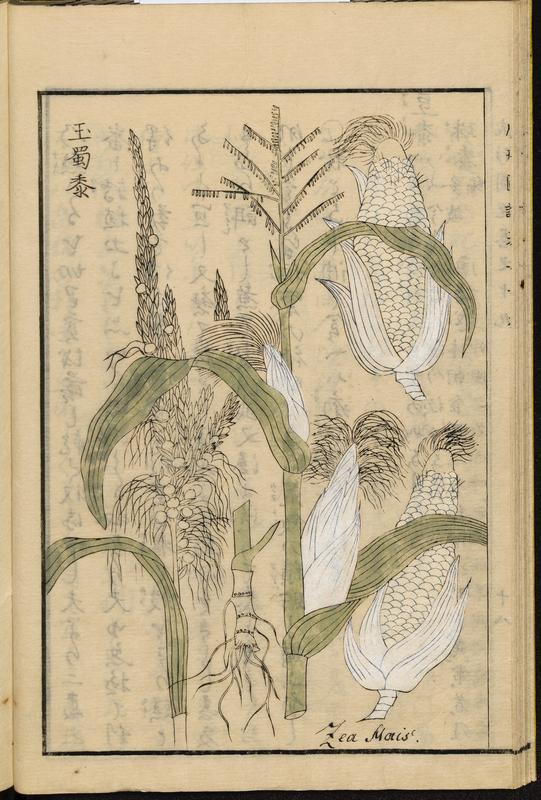 Thousands of years ago, the indigenous peoples of Central, South and North America began to domesticate corn. It seems likely the crop travelled to Europe with the Spanish in the 15th century AD. From there, Arab traders probably introduced the grain to North Africa while the Portuguese missionaries and merchants carried it on to East Africa and Asia.

Japanese culinary historians list 1579 as the year maize first appeared in Nagasaki. At the time, it was referred to as nanban kibi 南蛮黍or “southern barbarian millet” suggesting it was the Portuguese (the barbarians who came to Japan from the southern trading routes) who were responsible for its introduction to Japan. It was not until late in the Edo period (1603-1868) however, that tōmorokoshi 玉蜀黍 (the name by which it was then best known) was more widely available.

The current appellation is コンkon, written in katakana to sound out “corn.” Kon came into the lexicon during the Meiji era (1868-1912) from American English (the British called it maize). And, with the American word, a French-style creamed soup the Japanese dubbed kon potage, became immensely popular. This eclectic mix of words and cooking styles is typical of the way in which foreign foods are assimilated into Japanese culinary practice. 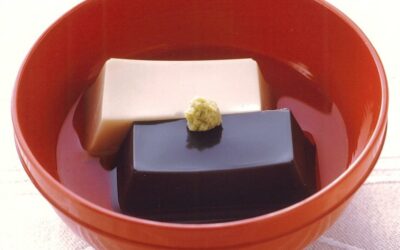 Buddhist Cookery & Sesame Pudding 精進料理 Shōjin Ryōri・胡麻豆腐  Goma-Dōfu Goma-dōfu, a creamy-smooth sesame pudding, is historically associated with fucha ryōri, a Chinese-style of Buddhist cookery that arrived in Japan with Zen Priest Ingen in 1654. The pudding is a... 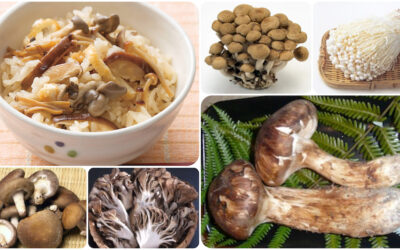 Kinoko Gohan Rice with Mushrooms The Japanese call autumn’s many culinary pleasures Aki no Mikaku. Such pleasures include a glorious array of mushrooms. You, too, can celebrate the season at table by composing a menu that highlights this bounty. Kinoko Gohan Is an... 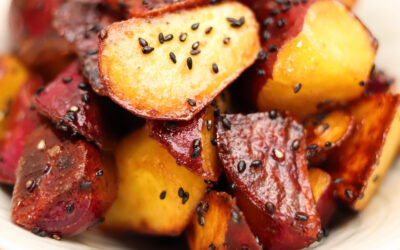 Daigaku Imo (Glazed Sweet Potatoes) 大学芋 Syrup-glazed, black sesame-studded Daigaku (university) imo (potato) first became popular among university students in Japan at the turn of the twentieth century. To learn more about the history of this dish, read my October...

Yuzu Koshō 柚子胡椒 Mid-September...the heat of summer lingers on, but there is the promise of cooler autumn days ahead. That is when I typically see baskets of green yuzu in my Tokyo neighborhood markets and bags of green chili peppers, too. Within a month the yuzu will...